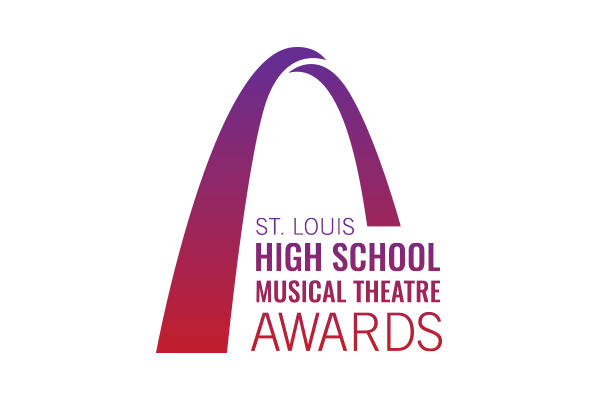 To be presented by The Fox Theatre, The Muny and Fox Performing Arts Charitable Foundation

(ST LOUIS, MO) – The Fabulous Fox Theatre, The Muny and the Fox Performing Arts Charitable Foundation (FPACF) have announced a joint sponsorship of the first annual St. Louis High School Musical Theatre Awards for the 2016-2017 school year. High school musicals will be adjudicated and an awards show will take place at the Fox Theatre on May 28, 2017 with winners announced in 15 categories including a Best Actress and a Best Actor who will go on to compete in the National High School Musical Theatre Awards in New York City.

“We are thrilled to bring this qualifying competition for the National High School Musical Theatre Awards to St. Louis” says Fox co-owner Mary Strauss. “This has been a dream of ours and by working with The Muny and the FPAC Foundation, we have the cumulative educational resources to make it happen.”

The St. Louis High School Musical Theatre Awards will have a maximum of 30 schools (located within a 50-mile radius of the Gateway Arch) participating. The link to the application will be available on the Fox, FPACF, and Muny websites by December 31. Applications will be accepted beginning January 1, 2016 through April 1, 2016. Applicants will be notified by May 1, 2016 of their acceptance status. A panel of three judges will then attend the high school musicals of the participating schools between September 1, 2016 and April 15, 2017. The judging committee is composed of a group of up to 30 St. Louis arts executives, performers, musicians and designers. The St. Louis High School Musical Theatre Awards will be held at the Fox Theatre on May 28, 2017 with winners announced in the following 15 categories:

A special recognition award will be given to acknowledge any aspect of the production not covered in one of the above categories.

In addition, scholarships and cash awards will be presented in several categories and the Best Actress and Best Actor award-winners will receive an all-expense-paid trip to New York to participate in the week-long national competition in June of 2017.

All of the participating schools will receive backstage tours of both The Fox and the Muny. The Fox and The Muny also will donate two tickets each to the winners of Best Musical to use for fund-raising efforts at those schools.

“There has been such a strong tradition of musical theatre in St. Louis, and this is a fantastic way to honor the educators and students who make it so alive and vibrant,” commented Mike Isaacson, Artistic Director and Executive Producer of The Muny.  Fox Performing Arts Charitable Foundation Executive Director Kathryn Ballard added, “The St. Louis High School Musical Theatre Awards is one more way our Foundation can have a positive impact on young people in our community. This program is an excellent complement to our annual Kids’ Night at the Fox and St. Louis Teen Talent Competition with the added benefit of a national award opportunity for St. Louis theater students.”

The National High School Musical Theatre Awards (NHSMTA) impacts more than 50,000 students annually who participate in high school musical theatre competitions sponsored by top professional theatres throughout the United States. A Best Actress and Best Actor winner from each of these competitions is sent to New York for a week-long theatre intensive of coaching and rehearsals with industry professionals in preparation for a one-night-only showcase on Broadway, where a panel of judges crowns the nation’s top performers. Also known as The Jimmy™ Awards, named for Broadway impresario James M. Nederlander, the program has been the catalyst for more than $1 million in educational scholarships. In 2012, the program inspired preeminent broadcaster WGBH Boston to produce a 3-part documentary series called “Broadway or Bust,” which follows students on a journey from their hometown competitions to their debut on Broadway. The series remains popular viewing at www.pbs.org. Presented by The Broadway League Foundation. For more information, please visit www.nhsmta.com.

Local schools can receive an application by calling Nancy Sherwin, Muny Director of Youth Programming at 314-595-5795 or by visiting www.FabulousFox.com, www.muny.org or www.foxpacf.org.