Coaches and Judges Announced for the 2018 Jimmy Awards 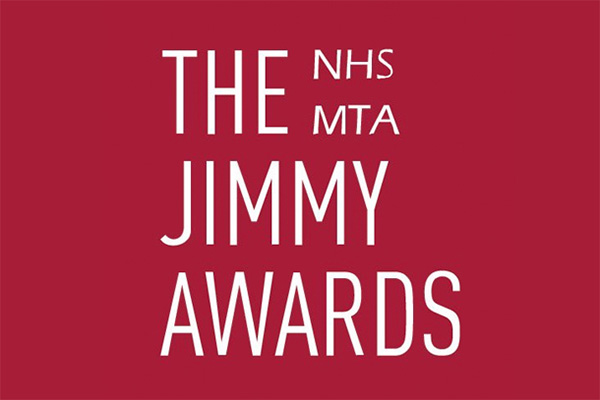 New York, NY – June 19, 2018 – The Jimmy® Awards is pleased to announce the industry coaches for the tenth annual awards ceremony on Monday, June 25th at 7:30PM at the Minskoff Theatre, 200 West 45th Street in Manhattan. The six coaches – LISA BRESCIA, MARYANN HU, ADAM KANTOR, HOWARD McGILLIN, NATALIE WEISS, and SCHELE WILLIAMS – will mentor the 80 high school students from across America who will compete for the Jimmy Award for Best Performance by an Actor and Actress.

The two-hour talent showcase will feature dynamic ensemble and solo performances and will be hosted by Tony Award®-winner LAURA BENANTI.

The 10th annual Jimmy Awards ceremony will be streamed live in its entirety on Facebook with support from 2017 Tony Award®-winning Best Musical Dear Evan Hansen and Wells Fargo. Apples and Oranges Arts is the livestream and video production partner. The livestream will also include special content for those watching online.

The Jimmy Award nominees will prepare for their debut on a Broadway stage during a nine-day professional training intensive with NYU Tisch School of the Arts’ New Studio on Broadway faculty members plus other theatre professionals.

Additionally, the INSPIRING TEACHER AWARD presented by WELLS FARGO will be bestowed on Janine Papin, Trinity Preparatory School, Winter Park, Florida and Nadine Love, William R. Boone High School, Orlando, Florida for the encouragement and inspiration that led their students to win the coveted 2017 Jimmy Award for Best Performance by an Actress and Best Performance by an Actor.

Founded in 2009 by Nederlander Alliances LLC, Pittsburgh CLO, and Broadway Education Alliance (BEA), the mission of the Jimmy Awards/National High School Musical Theatre Awards (NHSMTA) is to raise the profile of musical theatre in schools, recognize dedicated teachers, and inspire the next generation of performers and enthusiasts. Since the inception of the program, participating students have earned over $2,000,000 in university and conservatory scholarships. Several student participants have already been cast in Broadway, Touring and West End productions.

The Jimmy Awards are presented by the Broadway League Foundation in honor of legendary Broadway producer/theatre owner James M. Nederlander, and are supported by many leading theatre industry organizations. More information about the National High School Musical Theatre Awards program can be found at JimmyAwards.com.

The Broadway League Foundation acts as the philanthropic arm of the Broadway League. Part of the Foundation’s mission is to enlighten and increase the public’s knowledge, appreciation, and awareness of the theatrical arts. Since its founding in 1993, it has supported projects to help preserve Broadway’s heritage and introduce new audiences to Broadway theatre. The Foundation is a corporation organized under the Not-for-Profit Corporation Law of the State of New York, the purposes of which are exclusively charitable as defined in Section 501(c)(3) of the Internal Revenue Code of 1986. Donations to support the program can be made at JimmyAwards.com.