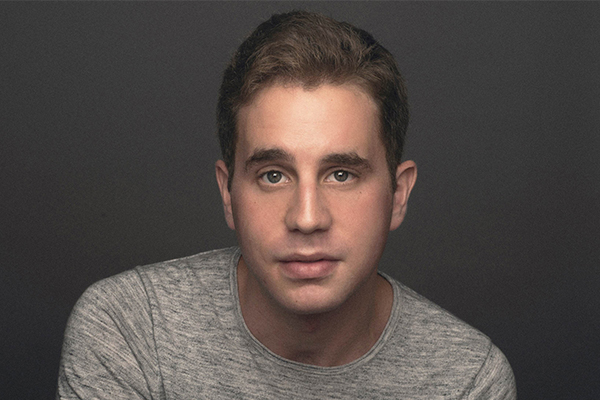 New York, NY – March 28, 2017 – THE JIMMY® AWARDS is pleased to announce that stage and screen star BEN PLATT, currently starring on Broadway in Dear Evan Hansen, will host the ninth annual awards ceremony on Monday, June 26th at 7:30PM at the Minskoff Theatre, 200 West 45th Street in Manhattan. Tickets for the ninth annual National High School Musical Theatre Awards™/ JIMMY® AWARDS went on sale today, March 28th, 2017 at noon. Tickets can be purchased by visiting JIMMYAWARDS.COM or TICKETMASTER.COM and range from $39 to $95. Premium seats are $250.

74 high school students from 37 regional programs across America will compete for the Jimmy® for Best Performance by an Actor and Actress at the ninth annual presentation. The talent showcase will feature dynamic ensemble and solo performances.

“We are elated to have Ben Platt as our host this year! The Jimmy Awards are a way to praise and acknowledge the incredible theatre that is being done around the country in high schools, and the presence of a profoundly talented performer who is accessible to the next generation will be inspiring to students on stage and in the audience. Having such a dynamo sharing the stage with this year’s nominees will be an unforgettable moment,” says Charlotte St. Martin, President of the Broadway League. “We can’t wait for everyone to see the show we are planning, and to experience the excitement and enthusiasm of the event.”

Student performers qualify to compete in the national program by winning top honors at regional high school musical theatre awards competitions presented by Broadway League member performing arts centers. Over 1,000 high schools and 50,000 students participate in these annual events. Since its inception in 2009, the NHSMTA has enabled over $1,000,000 in university and conservatory scholarships to be awarded to talented students at the national and local level—several of whom have already been cast in Broadway, Touring and West End productions.

NHSMTA nominees will prepare for their debut on a Broadway stage during a ten-day professional training intensive with NYU Tisch School of the Arts’ New Studio with Broadway faculty members plus other theatre professionals. Winners will be selected by a panel of industry experts.

Founded in 2009 by Nederlander Alliances LLC, Pittsburgh CLO, and Broadway Educational Alliance (BEA), NHSMTA’s mission is to raise the profile of musical theatre in schools, recognize dedicated teachers and inspire the next generation of performers and enthusiasts. Also known as The Jimmy® Awards, in honor of legendary Broadway producer/theatre owner James M. Nederlander, the NHSMTA is supported by many leading theatre industry organizations. More information about the National High School Musical Theatre Awards can be found at JimmyAwards.com.

The Broadway League conducts the program through The Broadway League Foundation, which acts as its philanthropic arm. Part of the Foundation’s mission is to enlighten and increase the public’s knowledge, appreciation and awareness of the theatrical arts, and since its founding in 1993 has supported a number of projects to help preserve Broadway’s heritage and introduce new audiences to Broadway theatre. The Foundation is a corporation organized under the Not-for-Profit Corporation Law of the State of New York, the purposes of which are exclusively charitable as defined in Section 501(c)(3) of the Internal Revenue Code of 1986.